How to navigate off Ben Nevis Summit

How to Choose an Ice Axe | Buying Guide 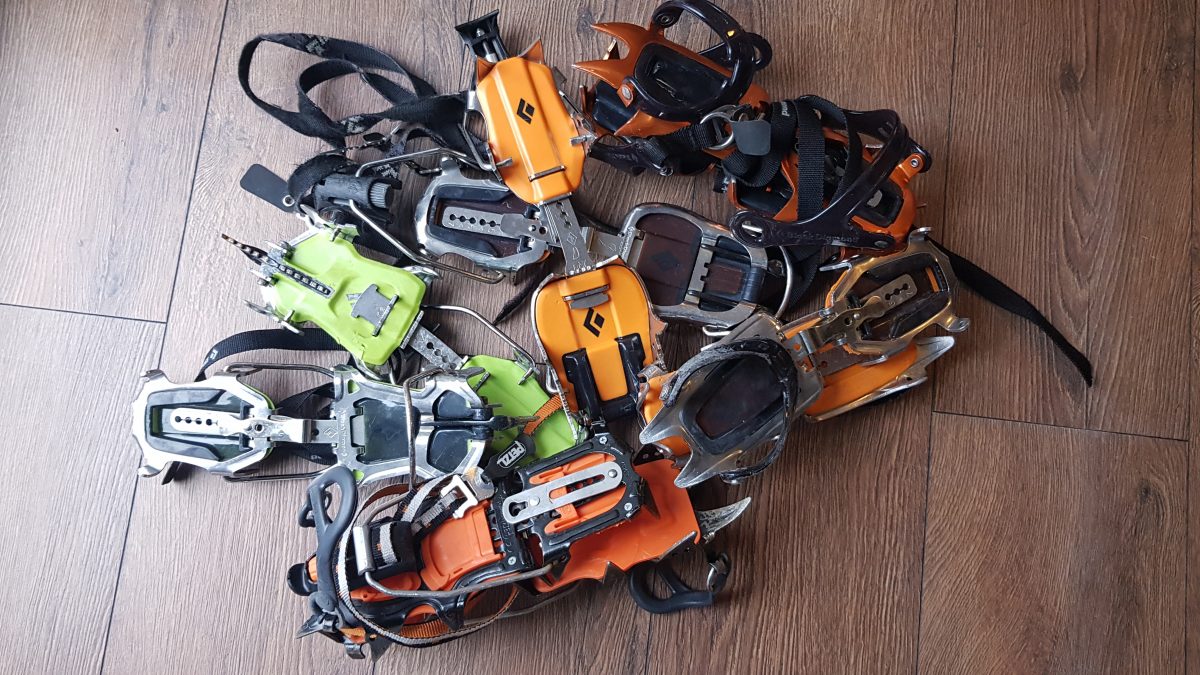 CRAMPON GUIDE | HOW TO CHOOSE

Crampons are a metal platform with varying amounts of spikes on the bottom that allow us to move more easily over snow and ice. They attach to the bottom of a winter boot via bails, baskets and straps and come in three ratings: C1, C2 and C3. This crampon guide will help you make the choice of which crampon to buy, but first you must ask yourself a couple of questions;

Do I have the correct boots?

Some boots are also rated using the codes B0, B1, B2 and B3. Simply put, the lower the number the more flexible the boot and less suitable it will be for attaching crampons. That is not to say you can’t use a more flexible B1 boot for occasional winter walking, but the crampon will need to marry up accordingly and not be too stiff that it pops off every time you step forward (the crampon guide will cover this).

A B2 boot is a good choice for winter mountaineers and winter walkers who want some of the benefits of a more climbing oriented boot that is comfier to walk in but still has enough rigidity and insulation for sustained periods in the winter mountains.

It is important to remember what you would like to use your crampon for. Winter walkers should consider a lighter weight, flexible crampon with most or all the spikes pointing down towards the ground with shorter points at the front or none at all.

Mountaineers with more technical ambitions to attempt routes such as the CMD Arete, Ledge Route and the Aonach Eagach will require a crampon with more spikes in general but also longer points at the front for steeper steps and intermediate snowy ground such as access gullies and approach slopes. The centre bar can also be more flexible allowing the crampon to bend with your boot as you walk.

Aspiring ice climbers will need a solid platform to climb ice and steep mixed ground with more spikes under the forefoot of the crampon and longer single or dual horizontal points at the front. All centre bars have some flex, but ice climbers will seek the stiffest crampon to marry up with a stiffer boot.

A great choice for technical mountaineering and winter walking. Horizontal front points on C1 crampons will be shorter than on C2. Longer horizontal front points are an advantage when climbing intermediate grade gullies and softer less steep ice. They do not offer the precision of a vertical front point and are not interchangeable or replaceable.

Nearly all C3 crampons have vertical front points that help penetrate ice and are replaceable on some models. C3 crampons specifically made for the most challenging routes have vertical mono points which provide accuracy and precision on brittle ice and very small footholds. Vertical points are slightly heavier and longer to help climb ice but can be a little more cumbersome to walk in.

The bar which joins the front and rear plate of the crampon is referred to as a centre bar or flex bar. C1 crampons tend to have a very flexible centre bar to aid walking and fit onto more flexible B1 boots. Over time a very flexible bar can bend, and so careful maintenance is required to make sure the bar does not break when straightened. A ridged centre bar will be found on C2 and C3 crampons which helps create a stable platform for steeper climbing.

This is the rubber cover found on the bottom of the crampon which helps reduce the amount of snow sticking to the metal. Imagine a big ball of ice gathering under the bottom of the crampon and protruding past the line of metal spikes. As you put your foot down and the crampon is suddenly useless. An anti-balling plate stops the build-up of snow and ice making it safer and less tiresome by not having to clear them every step. Anti-balling plates are replaceable.

C1 crampons are lighter, have a flexible centre bar and usually come with 10 spikes. Typically, the spikes at the front will be shorter and overall be less aggressive in angle and positioning. C1 crampons have ‘baskets’ at the front and rear that create a cradle for attaching to the boot. They are suitable for winter walking, glacier walking, occasional mountaineering and ski touring. We would use C1 crampons to climb Ben Nevis via the walkers’ path.

Boot Compatibility: B2 and B3

C2 crampons are suitable for all-round mountaineering and very easy ice climbing. They have a more supportive centre bar and attach using either baskets both ends (like the C1) or a basket at the front and clip at the rear. It is essential that your boots have a ‘lug’ at the heel to use a clip in crampon. The C2 crampon is our go-to crampon for routes such as Ledge Route and Dorsal Arete.

The most aggressive looking and stiffest crampon available will be rated C3. This crampon will have between 12 and 14 spikes and typically come with vertical front points. Some manufacturers provide a system with interchangeable and replaceable front points so you can go from dual to mono depending on the route. Whilst they can be used for winter walking, they are heavier, have a stiff centre bar and the longer front points can get snagged much more easily. C3 crampons are used for technical mountaineering, advanced mixed routes and ice climbing.

If you enjoyed this crampon guide and want to learn how to use your crampons and ice axe whilst staying safe in the winter mountains we would love to hear from you.

Synergy Guides deliver Winter Mountaineering from our base in Fort William where we teach people how to stay safe in the winter environment. We aim to cover the basics plus climb some classic introductory mountaineering routes on Ben Nevis and in Glencoe.

Already an experienced winter mountaineer or walker? Take your skills a step further and join us for an Intro to Winter Climbing or push your grades on a Performance Winter Climbing workshop.

Steve Holmes owns Synergy Guides, he is a fully qualified Mountaineering Instructor and holds the WMCI (MIC) award. He spends most of his winter climbing on the white cliffs of Ben Nevis; a place he calls home. You can read more about him here.