How to Choose an Ice Axe | Buying Guide 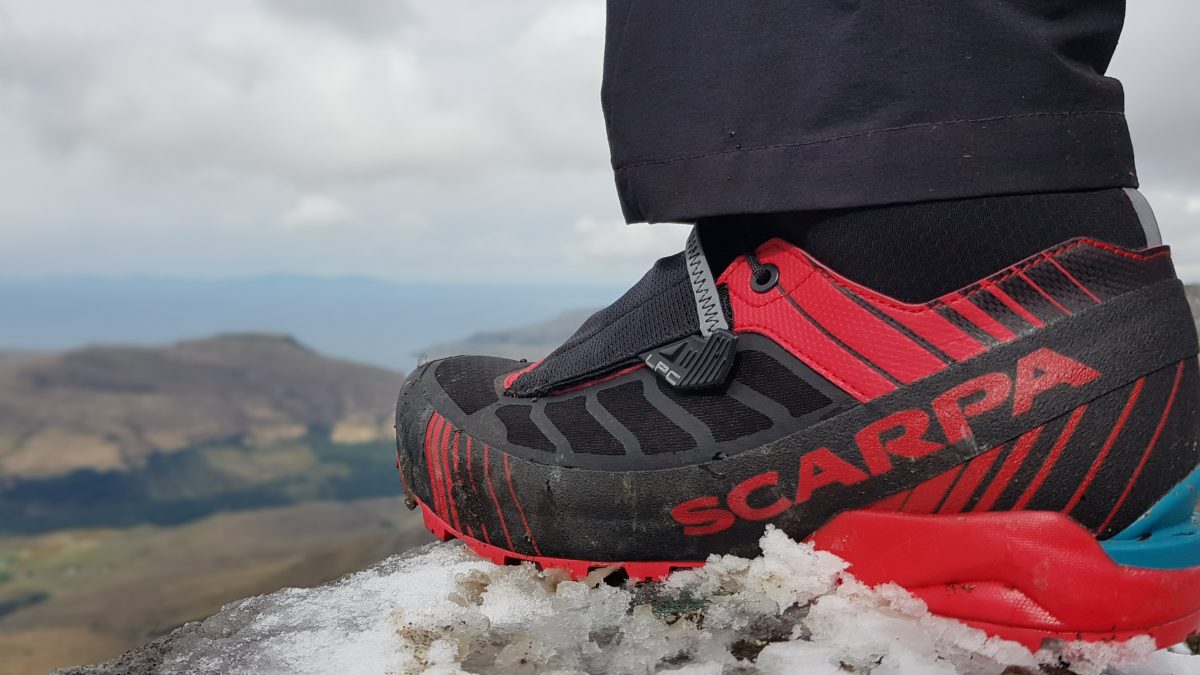 Depending on aspiration and the type of ground you expect to cover in your boots will depend on the characteristics you will look for when buying a pair of mountaineering boots.

Flexible, comfortable and reasonably light a B0 boot is ideally used for general summer hillwalking and well-pathed hiking. They are not that suitable for winter walking as even the most flexible crampons do not flex enough to stay attached to the sole of the boot. The straps on crampons would need tightening so much there is a high chance over a few hours the boots would become damaged.

A good all-round walking boot will have a B1 rating. You can expect a slightly stiffer midsole to combine with flexible C1 walking crampons, uppers are typically more insulated and modern boots have a rubber rand around the toe to protect the forefoot whilst scrambling. B1 boots are lighter than B2 and are ideal for crossing simple glaciers to get to Alpine rock routes or all-season hill walking in the British mountains.

The most common rated boot for summer Alpine mountaineering, Scottish intro winter mountaineering and regular glacier travel. B2 boots provide more substantial insulation and a stiffer sole for kicking steps, they combine with a C2 and C1 crampons for more regular winter/glacier use by featuring a horizontal welt in the heel. Modern B2 boots are light, have fabric uppers and scramble efficiently. they are a good ‘jack of all trades’ in the UK mountains and for summer Alpine mountaineering but do not cope as well as a fully-featured B3 boot on steep ice or in very cold temperatures.

In my opinion, this is where the widest variety of boot is categorised as B3 boots can be light and minimalistic whilst still being stiff enough for the most technical ice fall climbing but are also the most heavily insulated boots built for Everest and the Polar regions. It is, therefore, the most difficult category to choose a boot from as many appear very similar and have identical features but neither one nor the other will be suitable for your chosen discipline. Scottish winter climbers will seek a very waterproof boot with a stiff and solid outsole to cope with the variety of ground and turbulent conditions whilst climbers departing on Himalayan Expeditions may require the warmest double boot that has a softer sole as they will more regularly be travelling on snow and ice. Most modern B3 mountaineering boots have welts in both the toe and the heel to accommodate clip in technical C3 crampons.

Leather mountaineering boots are becoming a thing of the past as modern fabrics are stronger and lighter. However, there are reasons the military use leather boots – they dry quickly and are easily maintained. If you are a UK based multi-day hiker a B0 leather boot is going to be comfortable, easier to dry out and can be treated with wax or dubbin.

The strongest boots built for very harsh environments have Dyneema woven into the fabric of the boot. Dyneema is one of the worlds strongest fibres but be aware whilst the upper of the boot may last for years other components will require maintenance such as rubber sole units and lacing eyelets.

The upper fabric of a single boot has stitched in insulation hence – single boot. Double boots have both an outer fabric boot and a lighter thermal inner boot housed inside the outer. The main advantage is a much warmer boot that can be split inside a sleeping bag to stop the sweat of the boot from freezing in a tent or bivi. It is for this reason double boots are reserved for high altitude mountaineering, Alpine winter or polar expeditions.

Integrated gaiters can be found on B1, B2 and B3 mountaineering boots. They all look fancy and can be easily mistaken for providing warmth. The line between Sky Running and mountaineering is beginning to blur, and so expect to see more technical running shoes with integrated gaiters that can cope with easy glacier crossings and scrambling but are not suitable for technical alpine mountaineering and certainly not Scottish winter climbing.

Comfort – the single most important factor in buying mountaineering boots is whether you can stand, walk and climb in them for many hours/days over several years of use. Mountaineering boots are expensive, they are a significant investment and so it is important to find a brand or style that suits your gait, weight and shape of your feet. I am fortunate that Scarpa mountaineering boots fit my feet incredibly well – I have not suffered a single blister in Scarpa boots. That will not be the same for everyone so go try on plenty of brands and don’t forget to remind yourself what you want to use them for!

Scarpa 6000 – a very technical double mountaineering boot built entirely for very cold climates. I use this for Alpine winter mountaineering and Himalayan Expeditions.

Scarpa Mont Blanc Pro – a great Scottish winter mountaineering boot that is slightly lighter than the phantom tech but not as insulated. I also use this boot for technical Summer Alpine mountaineering. Yes – I love a built-in gaiter!

Scarpa Ribelle Tech OD – currently being re-soled, this is a go-to Summer mountaineering boot which is great for the Cuillin Ridge and simple Alpine mountaineering.

Scarpa Ribelle S OD – bridging the gap between running and mountaineering, a lightweight shoe for glacier travel and moving fast in the mountains. I use this boot alongside a lightweight aluminium crampon to cross glaciers to get to Alpine rock routes. This is the lightest combination for carrying up big routes.

If you require more free advice on how to choose the correct mountaineering boots please do not hesitate to get in touch via email. Alternatively consider joining one of our team for bespoke guiding and instruction.

Synergy Guides deliver Winter Climbing from our base in Fort William where we train, guide and coach participants whilst climbing some of Scotland’s best winter routes.

In the Summer months, we switch to guided journeys over the Aonach Eagach, guided ascents of Tower Ridge on Ben Nevis and instructional Scrambling or classic Rock Climbing. Synergy Guides are also specialist Cuillin Ridge Guides, including climbing the Inaccessible Pinnacle.

Steve Holmes owns Synergy Guides, he is a fully qualified Mountaineering Instructor and holds the WMCI (MIC) award. He spends most of his winter climbing on the white cliffs of Ben Nevis; a place he calls home. You can read more about him here.